Three more airports of Uzbekistan have international status. Those airports are of Samarkand, Bukhara and Urgench. Besides local flights and some regular international flights (not numerous), the charter flights on demand of local and foreign tourist agencies fly in/out of those airports.

The tickets for domestic flights cannot be reserved or purchased until 14 days prior to departure due to the specific rules of Uzbekistan airlines. Uzbekistan Airways transported more than 1.7 million passengers in 2005 Currently,

At the end of 2005, the Tashkent airport had put in operation a new arrival hall for local airlines, with the new addition meeting modern requirements. Its technical equipment allows to serve up to 600 passenger per day. The new automatized registration system offers improved quality and comfort to travelers.

Uzbekistan’s climate is classified as continental, with hot summers and cool winters. Summer temperatures often surpass 40 °C (104 °F); winter temperatures average about -2 °C (28.4 °F), but may fall as low as -40 °C (-40.0 °F). Most of the country also is quite arid, with average annual rainfall amounting to between 100 and 200 millimeters (3.9 and 7.9 in) and occurring mostly in winter and spring. Between July and September, little precipitation falls, essentially stopping the growth of vegetation during that period.

All Visitors / Tourist visiting Uzbekistan need a visa entry. Except for citizens of the USA, Austria, Belgium, Germany, Italy, France, Japan, Spain and Switzerland.
Copy of the letter of invitation from inviting partners in Uzbekistan.
Two copies of the visa application form duly completed and signed by the applicant,which can be obtained by clicking on the link or visiting the Consular
Section of the Embassy of the Republic of Uzbekistan in London.
Two photographs.Attach recent passport-sized photographs to your application forms.
Passport must have at least one blank page to affix the visa and be valid for the entire period of your stay in the country.
Visa fee : USD 60 + service charges 20 USD equvilant in GBP CASH ( applicable to one month multiple entry tourist visa )
Before sending your documents please contact the consular section to assure that visa issuance confirmation of the aministry of Foreign Affairs is in place.
Incomplete visa applications are not accepted.A personal interview with an applicant may be required.
Processing of visa application may take up to 10 working days.

Note: The above is only for information purpose. Visa requirement might be changed by the concerned embassy, hence kindly visit the embassy website or speak to the concerned authority before applying for the visa. 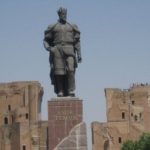 Uzbekistan has a secular constitution. Most Uzbek people are Muslims.We recommend that you carry a photocopy of your passport at all times. Requests to produce proof of identity, for example by the police, are frequent.

You should be aware that any form of photography can upset the authorities. You should check before using a camera, especially near airports, border checkpoints, military barracks and police stations.

Possession of drugs is illegal. Prison sentences can be. While prison conditions have reportedly improved, reports of widespread hepatitis and tuberculosis and allegations of mistreatment of some prisoners by officials remain a source of concern.

Homosexuality is illegal under Uzbek law and is still very much frowned upon socially. You should take care over public displays of affection.

Uzbek food is similar to that of the rest of Central Asia. During the summer and autumn, there is a wide variety of fruit: grapes, pomegranates, apricots (which are also dried and sold at other times of the year) and, dwarfing them all, mountains of honeydew and watermelons. Uzbeks pride themselves on the quality and variety of their bread. In general, hotel food shows a strong Russian influence. There are a number of restaurants that serve both European and Korean food. Beer, wine, vodka, brandy and are all widely available in restaurants.The water has been tested by the US-based Center for Diseases Control and found to be generally bacteria-free; however, it does have a high metal content. Milk is pasteurised and dairy products are safe for consumption. Only eat well-cooked meat and fish. Vegetables should be cooked and fruit peeled. Owing to the difficulty of obtaining a balanced diet in some parts of Kyrgyzstan, visitors are advised to take vitamin supplements.

Lipioshka (bread) should never be laid upside down and should never be put on the ground, even if it is in a bag. It is normal to remove shoes but not socks when entering someone’s house or sitting down in a chai-khana. Shorts are rarely seen in Uzbekistan and, worn by women, are likely to provoke unwelcome attention from the local male population. Avoid ostentatious displays of wealth (eg jewelry) in public places.

Photography near airports, military barracks and police stations can upset the authorities.

Emergency health care is available free of charge for visitors although, as in most parts of the former Soviet Union, medical care in Uzbekistan is inadequate and there are extreme financial problems. Doctors and hospitals often expect cash payment for health services. There is a severe shortage of basic medical supplies, including disposable needles, anaesthetics, antibiotics and vaccines. Travelers are therefore advised to take a well-equipped first-aid kit with them containing basic medicines and any prescriptions that they may need. For minor difficulties, visitors are advised to ask the management at their hotel for help. In case of emergency, travelers should get a referral from either the Tashkent International Medical Clinic or from the appropriate embassy, since foreigners are strongly advised not to approach local health care facilities without somebody who knows local conditions and the language. For major problems, visitors are well advised to seek help outside the country. Travel insurance is essential.Medical services offered to foreigners, except emergency care, require immediate cash payment and are somewhat limited. There is a severe shortage of basic medical supplies and travellers are advised to bring any necessary medication or equipment. Elderly travellers and those with existing health problems may be at risk owing to inadequate medical facilities. The US Embassy maintains a list of English-speaking physicians in the area. Medical insurance is strongly recommended.

Electrical current is 220 volts, 50Hz. European plugs with two circular metal pins are in use.